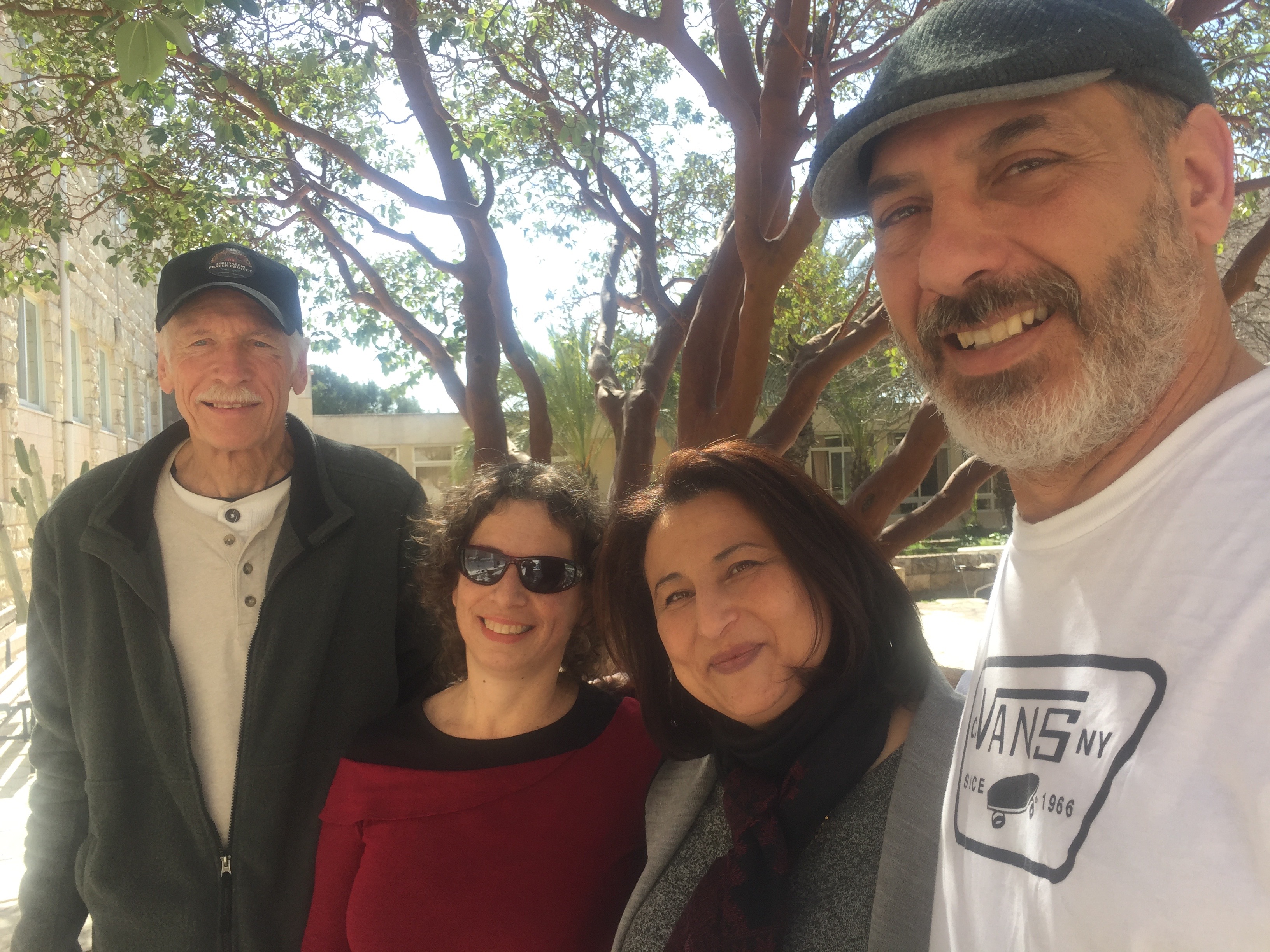 On February 15th, myself and my producing partner, Robert Corsini traveled to Jerusalem to begin field production work for the ‘Jerusalem Prayer Project’.

Here are some of my observations from the trip:

In the midst of a highly patriarchal society, the organizers of ‘Women Wage Peace’, Palistinians and Israelis, Muslims, Christians, Jews and atheists, are standing up with courage, dignity and strength, speaking truth to power exemplifying true “warrior of the heart” spirit.
These women are not only demanding an end to the insanity of violence and destruction, but they are also breaking through centuries of stereotypical mind-sets that demonize the ‘other’, to forge new pathways through walls of fear, hate and hardened boundaries of blindness and denial.
These committed peace activists are determined to create new partnerships and construct a renewed peace building process from the grass-roots, through direct person to person, family to family, Muslim to Jew contact– and leave the failed policies of status-quo political leadership behind. Women’s role in this historic movement toward human dignity is gaining momentum and is just beginning to make an impact.
In October of 2016, ‘Women Wage Peace’ (WWP) organized the “Women’s March for Hope”, which traveled nearly 150 miles from Northern Israel near the Lebanese border, to Jerusalem over the course of 14 days. Starting out with a small group, as the march progressed, it gained in numbers and in spirit, culminating with tens of thousands gathering in front of the Prime Minister’s residence in Jerusalem for a massive rally demanding peace. The march galvanized the call for a restart to Palestinian/Israeli peace negotiations and established ‘Women Wage Peace’ as a significant player in the movement, insisting their collective voices for reconciliation be heard.
We visited and interviewed the extraordinary woman who initiated the ‘Women’s March for Hope’, Huda Abuarquob, who is also the Regional Director of the ‘Alliance for Middle East Peace’. We also visited with group of four Israeli women who are active in WWP in Jerusalem, and who shared their music and perspectives on peace between Israelis and Palestinians and their strategy for building a movement.

One thought on “10 Days in Jerusalem”