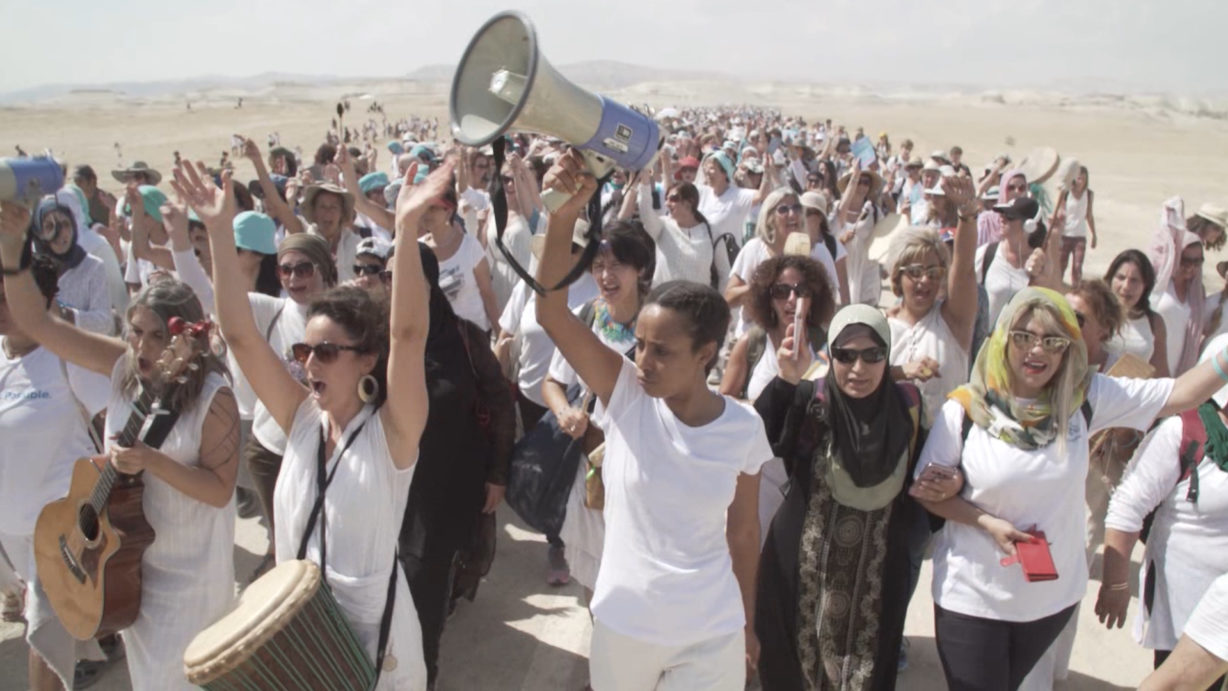 Women’s voices are growing stronger and stronger and are being echoed around the world as they wage a battle to create a more peaceful, just  existence for all —  where no one is discriminated for race, religion, color, or sex.  The Jerusalem Prayer Project (JPP) has been intent upon bringing the stories of women fighting for peace in the Holy Land for over a year now. During our recent trip, we discovered that the Women Wage Peace (WWP) movement has become an unstoppable, positive energy force, growing in extraordinary numbers each year, and becoming a vehicle of hope, and, ultimately, a shining light of much-needed change.

Below is an excerpt from an article published on this subject matter on JPP.

Today’s revelations of the dark shadow of misogyny in the United States, where headlines of women being sexually harassed, raped and assaulted in the workplace have led to the rise of the social media hashtag “#MeToo”, extends well beyond our shores. Women around the world have been connecting their stories of struggle and survival in the face of sexual abuse and subjugation with honest and often heartbreaking intensity. This has catalyzed an awakening among men and all of us, to the beginning of a massive social paradigm shift.

Women are taking a stand, fighting for their rights and those of others, striving for peace as opposed to violence, for dignity as opposed to degradation, for respect as opposed to disregard, and for honoring boundaries as opposed to rape. This is being echoed from Los Angeles to New York, Moscow to Jerusalem, Paris to Rijad, Liberia to Darfur, in large cities and villages alike. It is women, stepping forward, who are expressing a better insight and instinctual understanding of what is needed to put today’s chaotic world back on track – to undo the ruins that men, driven by predatory ego and patriarchal dominance, have created. The sensibility, wisdom and inner  strength of women offers the light of hope in a world seemingly heading on the dark path to self-destruction. And it is women, who are intent upon creating change with dignity, respect and grace — not weapons of mass destruction and excessive violence.

During my most recent trip to the Holy Land, I witnessed and participated first-hand in the heart of the worldwide women’s revolution, that is fast gathering momentum and becoming a powerful force to be reckoned with.

In the midst of the exposed nerve of the Israeli/Palestinian conflict, where generations of intractable division, walls and war have rendered the idea of peace unimaginable to many, a movement called ‘Women Wage Peace’ (WWP) has been gathering strength in numbers and widespread attention.  At the birthplace of the Abrahamic faiths, where ancient trails connect past to present, despite decades of high level efforts to achieve diplomatic solutions, the male dominated political and religious leadership have failed spectacularly.

This year, over the span of the high holidays of Rosh Hashanah and Yom Kippur (September 21st – October 10th), WWP organized a two-week series of rallies, marches, meetings and concerts in various locations throughout Israel/Palestine. This massive logistic and organizational accomplishment, called the “Journey to Peace,” was impressive for its scope, spirit, teamwork, and excellence of execution, as well as its message.